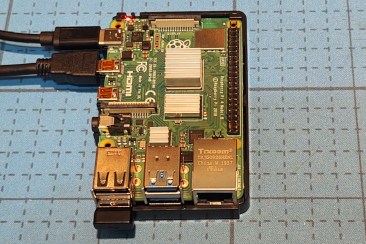 I am on corona-virus ‘Emergency Leave’ from my employer at the moment. I have pretty bad HBP, so am considered hi-risk and was given 4 weeks of leave. I am lucky enough to be paid for this time off, so I have no issues with bills due to this, and therefore have lots of time on my hands to do pretty much as I please…at home. I have been enrolled in college to get my bachelor’s degree for almost 4 years now, WGU for Network Operations & Security. My current class nets me the CompTia Cloud+ cert at the end of it along with 4 credits.

In pursuit of that certification I bought an additional Raspberry Pi4 to use as a local cloud for practicing my labs. It was purchased from a local Best Buy, and made by CanaKit. I had wanted the 4gig memory version, but the only thing in town were 2gig units so I figured it’s double what my old 1gig unit has and should be suitable for most reasonable workloads so what the hell? And I bought one.

This is an unpacking article. I’ve not done one of these before, and I rarely watch or read them online. But as an advocate of open hardware and technologies I think I had to do one on this purchase because my expectations were so over-delivered on I have to take the time and share this.

Inside the box is a Raspberry Pi 4 (2 gig memory version), matched power supply, case, heat sinks for the warmer chipset, quiet fan, power switch, HDMI monitor cable, 32gig memory wafer for main storage, and a means to program the wafer. As an under $100 replacement for an ailing older computer where you already have a monitor(or two!), keyboard, and mouse, it is nearly perfect. Plus it runs Linux, so your security is almost as it is possible to get, certainly better than Windows, and the entire open-source software ecosystem. And all at absolutely no cost for operating system or software.

For a non-technical person, the Raspberry Pi is a fantastic option in lots of circumstances as a minimally-prices option as a desktop computer. And possibly a better option than other computers when beginning to learn STEM topics because of it’s community and input/output pins on the board itself for doing physical computing. It has a quad-core processor, gigabit Ethernet, fast WiFi, Bluetooth 5.0 and Bluetooth LE so it connects to all the things.

For a technical person, there is really no argument to waiting longer on your next Pi. This box is $89 and stocked locally. The website listed the following: the Pi itself, power supply, HDMI cable, case, and a 32gig SD-Card. That’s acceptable for the cost in my opinion. But the package also comes with a quiet fan, a USB2.0 SDcard reader, and a USB-C power switch. I had not anticipated the additional items. Switches have been a mild pain point for a while now, and yes I know there are many ways to deal with the shortcoming, and how it’s not even a shortcoming of the Pi but was a design decision that I agree with. Having a switch instead of grabbing the unit in order to power-cycle it is very nice. I don’t mind so much unplugging something in order to reset it while I’m tinkering, but in a production environment like a desk, or racked with other Pi’s having a convenient switch is not just a quality of life issue. And the 32gig SDcard I got is not a cheap 3rd party one.

In summation, very well done CanaKit. If AdaFruit and any other vendors are following suit on their Raspberry Pi SKUs, then I’m feeling really good about being an Open-Source advocate these days. If you are reading this, but don’t know what I’m talking about with this “Raspberry Pi” thing, go and hit up the YouTubes for all kinds of videos of what people are doing with these things.

The way I use my Pi(s)is both solving quality of live issues and providing self-hosted services. I use a Pi3 connected to the terminal ports of the 3 Cisco Routers with USB to serial interfaces. With this setup I don’t need to get to the back side of the rack if I need to do admin something on one of them that I cannot or don’t want to do via SSH connection via their networks. I just connect to the Pi via SSH and I can login to any of the routers with Screen.

Another Pi serves as a VPN for when I am out and about. I connect from wherever I am to the VPN which then encrypts my traffic, providing me with some privacy and security during my session. The other side of the connection thinks I am at my house of course, so my personal location is not actually obscured the way it can be using private services but since I’m not doing clandestine work, it will suffice for now. This one is a 1GB ram Pi4. Gigabit Ethernet FTW! I have it doing nothing else currently. So most of it’s power is not currently utilized…

As I said at the beginning, this last Pi4 is going to be used to provide local cloud services. I’m thinking of orchestrated Docker containers providing a Wiki to the house via NGINX, some home automation, local network name resolution with added ad-blocking, serve as a NAS, and possibly also as a reverse proxy so I can connect to my local network resources via the VPN Pi.

I am a big fan of being self-hosted on all services possible, to avoid vendor lock-in and retain security and privacy of my data while still having access to it. That is one of the things making the coursework so interesting for my degree. I love this stuff!

This is the contents of the box, the goodies are in that upper right-hand corner. And the last pic shows the size of the Raspberry Pi4 vs a standard credit card for the sake of footprint comparison. 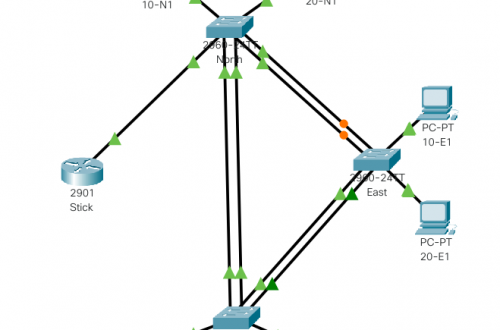 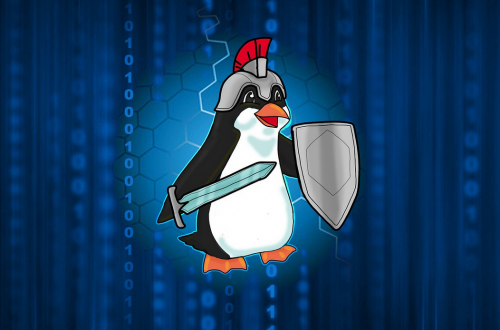